What Reverse Transfer Students Mean for Your Institution’s Retention

Let’s start by examining the motivations for the transfer. Are reverse transfer students driven by fundamentally different motivations than students who have chosen a more traditional transfer path?

Table 1. Top Three Priorities Students have for their Transfer School

Why did the reverse transfer students choose a four-year school that they could not afford to attend after all? Demographic and academic information provide clues about the socioeconomic background of these students (Figure 1). What is really interesting, however, is that reverse transfer students also seem to struggle academically more than their peers. Only 56% report a GPA of 3.0 or higher, compared to 84% of two-year to four-year transfers. This conjures the image of a student juggling coursework with a much-needed job, and subsequently struggling to keep up academically. Is this true? Contrary to our previous hypothesis, we see that students who transferred from a four-year school to a two-year school are actually quite likely to depend entirely on parental support (35%), and quite unlikely to be responsible for financing their educations on their own (12%). Given their lower academic performance, we can just imagine that these parents—supporting their children despite less financial means—may also be less willing to pay the high cost of a four-year degree when the student performs below their expectations.

From an early age, most students (and their families) receive the message that higher education is a necessary goal, but not all are academically and emotionally prepared to enter college right after high school. This can be a costly lesson to learn.

So, why did these students enroll in a four-year program in the first place if it wasn’t a good fit? Is this really just a family issue, or are high schools and colleges also pushing too hard for four-year credentials without offering viable alternatives?

In this highly competitive enrollment environment, many institutions are understandably concerned with making their classes. But it’s equally important to consider the right-fit students. Enrollment management is often treated like a sprint, but it should be a marathon. The question “will they come?” should be immediately followed by “will they stay?” and “will they graduate?”

We are just beginning to uncover the experiences of students who have already transferred. Stay connected to learn more about this student population in upcoming reports, webinars, and conference presentations. 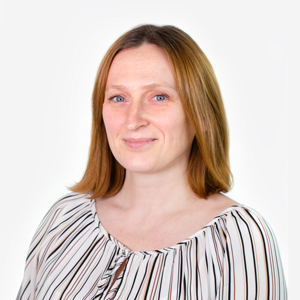