How Elite Universities are Changing the Online Master’s Game 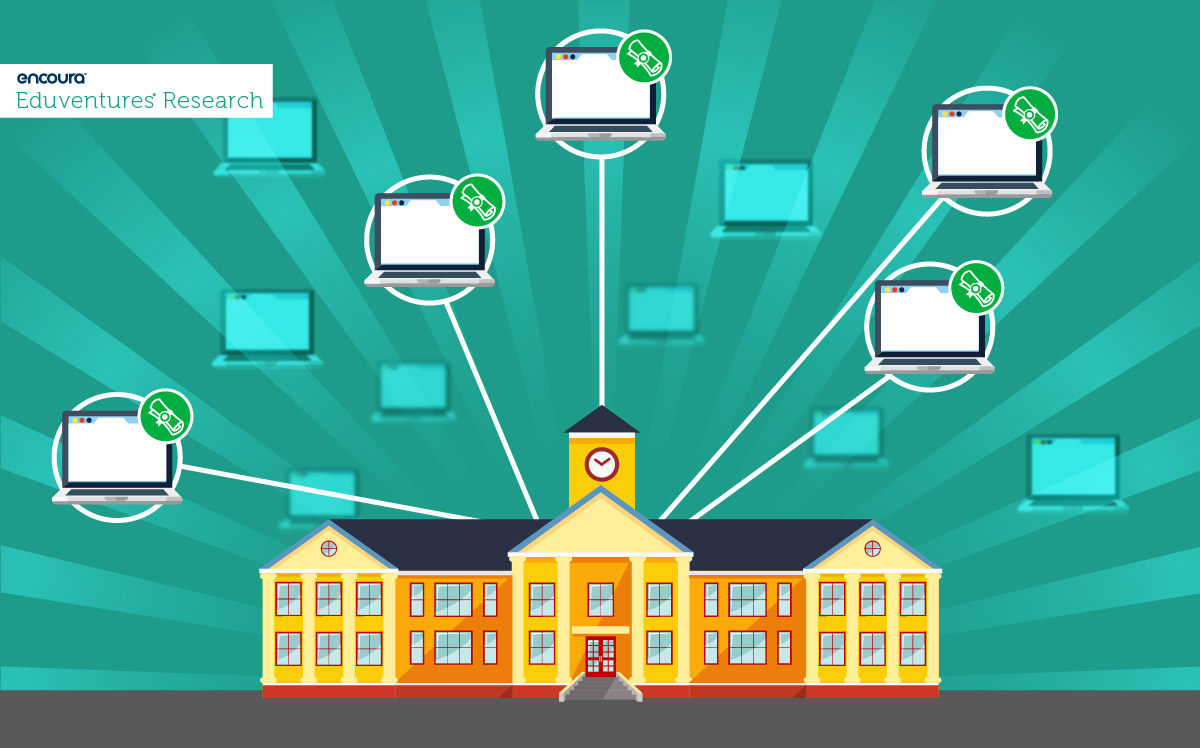 There used to be an inverse relationship between top graduate schools and online master’s degrees. The more prestigious the institution, the less likely it was to offer any degree fully online.

Deans and faculty eyed online suspiciously, convinced that the delivery mode undermined everything that made their programs so valuable. How could an online degree compare to the rigor and intimacy of a great university? Wrong student, wrong model, wrong brand.

But things are changing. Elite graduate schools are now moving aggressively to offer online master’s programs. Are top schools simply catching up online, or are we on the verge of a new market dynamic? What has been forecast or feared for two decades may finally be about to happen. Will the best schools on campus also become the best—and biggest—schools online?

Federal enrollment data offers a window into what is going on. Figure 1 summarizes R1 graduate enrollment, overall and online. R1s are the 115 most selective and research intensive universities in the nation, using the well-known Carnegie Classification. R2s and R3s grant doctoral degrees but undertake less research. Master’s institutions grant few or no doctoral degrees, but have plenty of master’s students. R1 schools are the giants of graduate education, enrolling one-third of all graduate students and offering nearly one-third of all master’s programs. Online they have lagged behind but are growing fast, posting 78% growth in online students over the past five years—much faster than other types of schools.

In terms of intensity of online enrollment, however, R1s are still laggards. In 2017, only 13% of all graduate students at R1 schools were fully online, compared to 21% at R2s, 40% at master’s institutions, and 57% at R3s. So does the R1 online enrollment spurt signify nothing more than a slow start?

Two other factors need to be taken into account to appreciate the emerging power of the R1 online master’s degree vanguard:

More importantly, a growing number of R1 universities are not just launching me-too online master’s degrees, but reaching for something new. Let’s explain with a bit of history:

In the early days, R1s did everything online except offer degrees. Dotcom superstars like Cardean and Fathom, backed by the likes of Columbia University, University of Chicago, and Stanford University, pushed online courses and certificates before collapsing in the dotcom crash. MIT trumpeted OpenCourseWare, a bid to open its curriculum to the world. Cornell University launched eCornell, also a purveyor of courses and certificates. The Wharton School at University of Pennsylvania and Harvard Business School championed non-degree, online professional development.

In 2008, when what is now 2U—then a fledgling online program management firm—targeted top universities with the aspiration to “make online learning great,” R1s began to see a way forward with online degrees. University of Southern California was first with a master’s of education that grew from a couple of hundred students on campus to over 1,500 online. A similarly successful master’s of social work followed. Next were master’s from Georgetown University and University of North Carolina, Chapel Hill’s MBA programs.

2U offered just the right mix of elite school focus, distinctive technology and pedagogy, and operational savvy to convince their first clients to take the plunge. But in one respect, 2U was conservative. An indication of the quality of these elite online degrees: they were priced the same as the campus-based programs. Today, 2U has about 15 R1 partners.

If online can increase tenfold the market opportunity for a master’s degree at a top tier school, what are the wider implications? It might be argued that the enrollment multiple is a function of scarcity. The rarity of online degrees at top universities uncovered a national market ready to pay top dollar for an online master’s from an elite brand. It is plausible that R1s could gain a much bigger share of the online market, in line with their one-third share of the graduate market overall, even with a conservative pricing strategy.

Indeed, 2U plans to oversee 110 online master’s degrees by 2021, more than double its total of 48 today. But the pool of people willing and able to fork out for premium-priced online degrees can only be so big.

Not Your Father’s Online Master’s

But what if the pricing rulebook is torn up?

Pioneered by Georgia Tech’s less-than-$7,000 online master’s in computer science, a few leading universities have both feet on the accelerator—to be biggest and best.

In 2005, Georgia Tech ranked 80th out of 115 R1 schools in terms of number of graduate students. In 2017, it was up to 16th, and recorded the fastest R1 graduate enrollment growth between 2011 and 2016. Today is it probably in the top 10. Going from a price of $44,000 on campus and a couple of hundred students to less than $7,000 online and over 7,000 students, predominantly from the U.S., is a harbinger for what may be to come. Georgia Tech did not just “put its degree online.” Rather the program was re-thought from top to bottom to do the impossible: transform access, quality, and cost at the same time.

Launched in 2012, Georgia Tech’s program long seemed an outlier, but a number of peers are moving in the same direction. University of Illinois, Urbana-Champaign is riding high with its iMBA, priced at $22,000, less than half the campus norm. The program currently enrolls well north of 1,000 students. University of Texas at Austin now offers an online master’s in computer science for $10,000. Master’s degrees in accounting and IT management are available for $21,000 from Indiana University. University of California, San Diego is promoting a master’s in data science for $15,000. Georgia Tech has followed its success in computer science with a $10,000 masters in analytics and cybersecurity.

The ultimate question is whether these discounted degrees are reaching students previously out-of-reach of elite brands. R1s are keen to stress that admission criteria don’t change just because a degree is online, but in spirit more than letter. GRE/GMAT requirements are less stringently enforced for online programs at R1s as programs seek an older, more experienced students, and MOOC courses are often used to test what candidates can do. Of course, the microcredential boom, also led by R1s and MOOC platforms, is another major trend in the graduate market; master’s degree complement or alternative, we will see.

This new breed of elite online master’s degree is too new to judge completion rates; and R1s may revert to type and limit scale or experiment with lower prices without the necessary redesign. But non-R1 schools should be alert to the novel competition. If a growing number of R1s use online master’s programs to embrace scale while leveraging redesign and low price, less prestigious schools need to re-think their niche.

Elite universities may be late to the online graduate game, but see the glory as rightfully theirs.

Competency-based education (CBE) like other innovative education models is not for the faint of heart. Besides being an educational model, CBE is a business model that requires a good deal of planning, preparation, negotiation, and institutional resources and commitment.

This webinar will focus on what institutions are doing to create sustainable CBE programming and the lessons learned along the way as well as leverage recent findings from the National Survey of Postsecondary CBE conducted by Eduventures and the American Institutes of Research.