From AI to Analytics: Three Program Areas to Watch 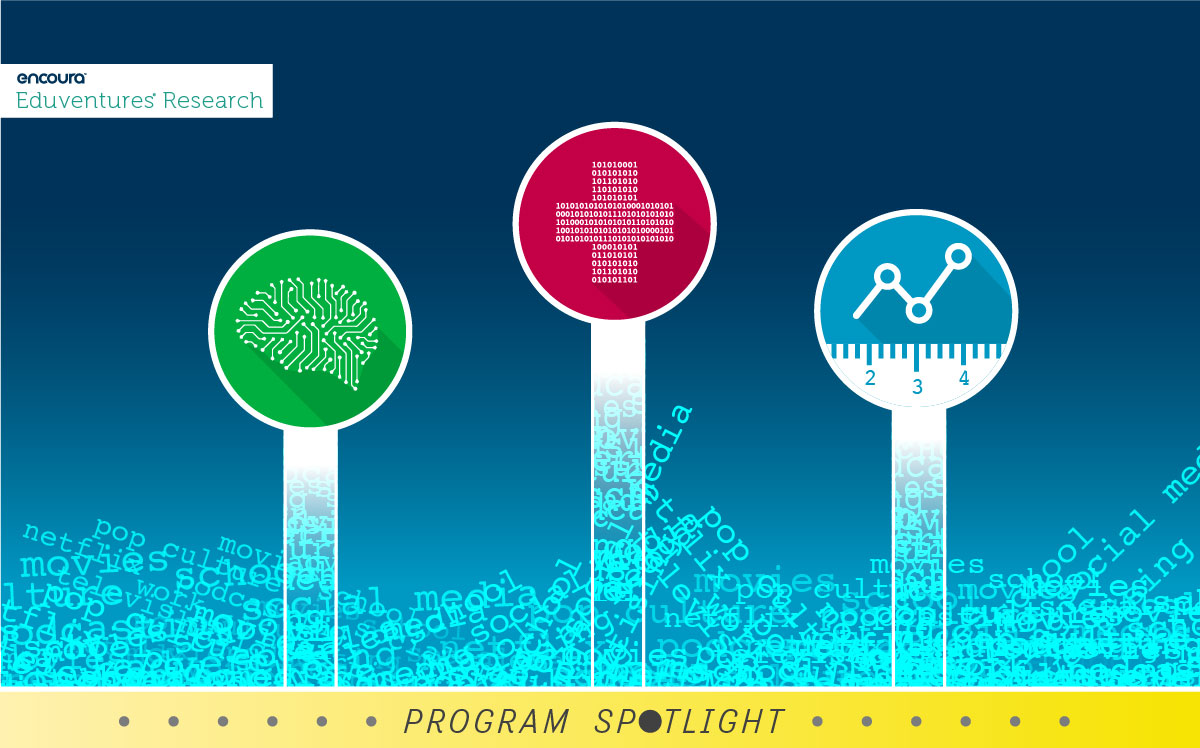 Rarely a day goes by when a client doesn’t ask us: “What is the next big degree?” Sometimes, popular culture holds the answer .

Take, for instance the sudden interest in forensic science in the early 2000’s. Much of this was fueled by the popularity of the TV show CSI. While the labor market did not necessarily support the strong growth in conferrals that followed, student demand surged and has remained strong to this day.

But not all students are influenced by Hollywood’s screenwriters. Many students considering graduate study turn to programs they believe will lead to secure and lucrative careers—their choices often shaped by buzzwords in media and society.

So what is the buzz today? We examined three academic fields in two related areas we hear a lot about these days: Smart machines and big data.

Figure 1 shows the national growth of job postings seeking candidates with these skills over a two-year timeframe. While critics fear that AI will replace human workers at a faster rate than automation has done thus far, the World Economic Forum (WEF) predicts that the increased use of AI will create more new jobs than it displaces, to the tune of a net growth of 58 million jobs. But, the WEF cautions, these new jobs will require new skill sets. The fastest growing skill areas in demand include analytical thinking and programming, and AI and machine learning specialists are among the top emerging roles, globally.

Prognosis: MOOCs and boot camp providers have offered a deluge of courses in AI and machine learning for quite some time now, but only 10 institutions reported a total of 212 degree conferrals in artificial intelligence in 2017 – a cumulative growth of 19% since 2013. While this market is still small at the degree level, it is growing fast, and we predict it will gain traction through increasing employer demand.

Why it matters: We are past the dawn of big data, and demand for professionals with solid analytical skills remains high. The WEF predicts that data analysts and scientists will be the number one emerging occupation by 2022. Many of these analysts work in industries of growth. The fastest growing industry in the U.S. is healthcare (Figure 2). The Institute for Advanced Analytics at North Carolina State University, which has been studying the data science master’s market since 2007, has observed strong growth in data science and analytics programs since 2010. It reports the existence of nearly 250 master’s programs in these areas and estimates that they produce between 8,000 and 10,000 graduates annually.

While this number seems high, it is likely not meeting employer demand. We found more than 15,000 unique job postings related to data science in 2017 in Manhattan alone and 158,000 nationally (according to EMSI), indicating strong employer demand.

These declines are nothing new to institutional stakeholders, and many schools have expanded their program portfolio to include degrees outside of teacher preparation. The result is that many of these subject areas (such as educational leadership, higher education, and educational technology) that previously showed tremendous opportunity are now saturated with too many programs for students to choose from.

Educational research, measurement, and statistics may be an area of untapped opportunity for education providers (Figure 3). Big data is on the rise across industries, including education. From safeguarding privacy of student data to assessing student growth under federal law, there will be a growing need for data scientists and research analysts with knowledge and insight specific to K12 education. Prognosis: Degree conferrals in this area have grown by 8% in recent years as only a handful of new programs have entered the market. Nationally, this field remains small with 313 degrees conferred in 2017 and a median of six conferrals per provider. While this program may not be the golden ticket to skyrocketing enrollment numbers, it could be an option for schools seeking program options for gradual and consistent growth.

Understanding the bigger picture and where opportunity lies is critical as institutions consider launching new programs. Few programs, however, can succeed based on external market opportunity alone. Stakeholders should continue to take into account factors such as institutional mission, internal resources, and optimal marketing strategies when deciding which new programs are right for their schools. High-Impact Occupations and the Pandemic

Last fall, we cautioned against making knee-jerk programmatic decisions given the precarious economic environment we were in. At that time, we noted that the top six bachelor’s occupational categories with faster growth and higher salary projections remained unchanged...