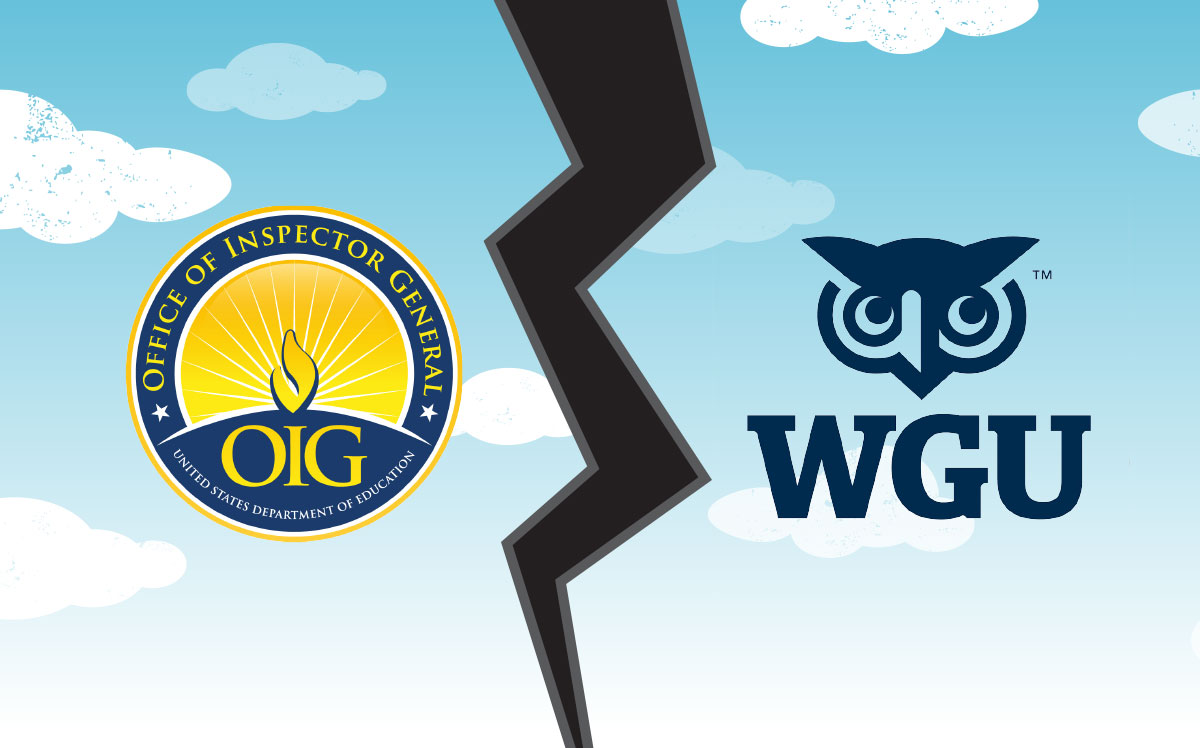 The Office of the Inspector General (OIG)’s audit on Western Governor’s University (WGU) reminds us of a lyric from Neil Young’s classic, Four Strong Winds: “those winds sure can blow cold way out there.” The OIG concluded that WGU, one of the largest online universities in the country, violated federal student aid eligibility requirements for “regular and substantive” interaction between students and faculty, and wrongly distributed Title IV funds by misclassifying itself as a term-based school. OIG’s audit, begun nearly four years ago, calls on WGU to return $713m of federal aid, a sum that could put the school out of business.

Will this finding cast a chill on innovation in competency-based and online learning or is it an appropriate effort to guard against misuse of federal student aid? Will the U.S. Department of Education (ED) accept the findings?

With the ninety-three-page finding swirling about, as well as WGU’s spirited response – the university denies wrongdoing and stands by its model – we thought it would be helpful to explore four strong winds we think are essential to keep an eye on.

Who IS the Inspector General?

OIG offices cover every federal agency and are tasked with investigating fraud, waste, mismanagement and abuse of public funds. ED’s OIG is tasked with investigating misuse of federal student aid and other funding streams, and regularly issues findings and reports. The current “Inspector General”, Kathleen Tighe, is a legal scholar, who has been in the role since 2010.

This audit, begun in 2013, looked at whether WGU was eligible to disburse and benefit from Title IV funds. The OIG report does not mention a specific trigger for the audit. The university’s innovative character, and fast growth, appear to have be the key rationales.

OIG reports concerning atypical delivery methods and the integrity of federal student aid are unusual. Since 2010, only one other institution- St. Mary-of-the-Woods College in Indiana- appears to have been subject to an audit similar to that conducted on WGU. In 2012, OIG found that St. Mary’s should return $42m of federal aid after the agency concluded that more than 50% of the school’s students were enrolled in correspondence rather than distance programs, which meant the college was not eligible for federal aid. It is interesting to note that it took over four years- until July 2016- for OIG and ED to come to agreement on this case. The terms of the agreement appear to be private, and St. Mary’s continues to offer what are badged distance learning programs. There is no indication that the college had to repay anything close to $42m, if anything at all.

What IS the Difference between Correspondence and Distance education?

At the heart of the OIG audit is whether WGU online courses meet the statutory definition of “distance education” or “correspondence education”. The former is defined in the Higher Education Act (amended 2008) as embodying “regular and substantive interaction” between faculty and students, while the latter is characterized by its absence- largely independent study, and occasional and student-initiated interaction with faculty.

After abuses in the 1980s, correspondence programs were made largely ineligible for federal student aid. “Regular and substantive interaction” between student and faculty was an attempt to define what made distance or any form of higher study worthy of federal aid, in terms of quality and transparency.

OIG found the majority of WGU courses to be “correspondence”. WGU’s model involves a team of subject-matter experts and support staff rather than traditional faculty who provide conventional instruction to cohorts of students. The university seeks to personalize the student experience, assessing for existing competencies and fashioning customized study and assessment plans.

Unfortunately for WGU, the OIG defines “faculty” in narrow terms, and discounted the interactions of other members of the WGU support team. The agency acknowledges that “regular”, “substantive”, “interaction” and “faculty” are not defined in the statute, and opted to use its own “common” definitions. OIG dismissed course-based interactions that were not regularly scheduled. In other words, if a student sought an unscheduled or unprompted interaction with a course mentor or faculty member, this would not represent a “regular” interaction. WGU’s attempt to personalize the student experience is viewed by OIG as a potential threat to quality.

OIG relied on WGU course documentation, and interaction documentation for a handful of students, and appears not to have spoken to faculty and students directly. One wonders if WGU had documented interaction between the various staff and students in more detail or more consistently, whether OIG might have arrived at a different conclusion.

The agency did not comment on the quality of the WGU model or the value to students, although the distance v. correspondence distinction is ultimately about perceptions of quality. For OIG, the question is whether the WGU model is eligible for federal student aid, as eligibility is currently defined in the statute. Despite two decades during which WGU has been feted by state governors, congressman, accreditors and even the U.S. Department of Education for its innovation, and despite being aid-eligible since 1999, IOG’s literal reading suggests a bitter and ironic tension between official enthusiasm and the letter of the law.

OIG’s audit asserts that online assessments, recorded webinars, videos and other digital content may be useful in a course, but by themselves do not constitute “substantive” interaction. Might this be the most chilling wind of all? Rather than grant students the autonomy to individually experience content and demonstrate mastery, OIG’s reading of the rules suggest that a conventional faculty member must remain central to the student experience. Such a scenario might be seen to fly in the face of recent innovations to personalize and decentralize how online students learn.

This audit exposes the fragility of statutory language at the foundation of the federal student aid system. If “regular and substantive interaction” between faculty and student is the bedrock of eligibility, but otherwise undefined, does this permit wide-ranging innovation, as WGU’s history up to this point would suggest, or, as OIG would have it, bar attempts to downplay conventional faculty roles in favor of judicious use of adaptive learning algorithms and personalized, competency-based education?

OIG might reasonably have concluded that WGU was doing good work and the problem was the outdated and undefined statutory language. But OIG’s role is to monitor adherence to the law, not question the law. The Department’s job is to decide whether its longstanding push in favor of more flexible pedagogical and delivery models is the trend to perpetuate, or whether to apply the brake.

What IS Next for WGU and Online Learning?

ED must now determine whether to accept or reject the OIG’s recommendation. Acceptance would lead a significant reorganization of WGU, if not closure. Given WGU’s track record, it is hard to envision this happening. Like with St. Mary-of-the-Woods, resolution may take years, but WGU’s prominence will make it hard for the case to fade from the limelight.

To avoid chilling innovation through delay and sowing confusion, ED should respond promptly and definitively to OIG. If the eventual outcome of this WGU audit is a revisit of key statutory language in the HEA, that will be welcome. But defining higher education and what is worthy of public subsidy is anything but easy, but is precisely the debate necessary if the sector is to harness the pedagogical and technology innovation of today and tomorrow. Leaving the statutory questions unresolved, even if it might provide quick relief from WGU and schools generally, would be a missed opportunity.

We anticipate that these questions, tossed about by these four strong winds, will shape the future of online learning and competency-based education for years to come.

Editor’s note: This post has been updated to show the OIG auditing rather than ruling.