Anyone wanting to be immersed in the latest and greatest thinking about higher education would be hard pressed to beat Eduventures Summit 2019 . With the generous support of our partner, Strada Education Network, we have assembled a line-up of veteran leaders, researchers, and change-makers—nothing wrong with another start-up swaggering to “fix” higher ed, but true insight is more likely to come from elsewhere.

Our roster is bursting with leaders who combine vision, urgency, and staying power. These individuals took on head-spinning challenges at large, complex organizations and emerged with genuine achievements (and some controversy) to their names. After a policy and corporate career, Mitch Daniels was governor of Indiana from 2005-2013 before becoming president of Purdue. A couple of the things Daniels is best known for there include freezing undergraduate tuition for eight years (and counting), and finding big budget savings to balance the books. He has also invested in STEM education, Purdue’s strength, and diversified the freshman class. Perhaps most strikingly, President Daniels purchased for-profit Kaplan University for $1 to supercharge Purdue’s position in the online higher education market. Daniels’ salary—among the lowest in the Big Ten—is one-third performance based. Dr. Mellow, one of the country’s leading experts on community colleges, became president of LaGuardia in 2000, and will step down in August of this year. Under her leadership, LaGuardia has striven to deepen its relevance to the Queens, New York community. With an enrollment of 57,000 (both credit and noncredit students), an incredible 60% were born outside the U.S. Students hail from 148 countries, speak 90 languages, and 70% come from families making less than $30,000 a year. But the institution is highly ranked for moving graduates into the middle class and beyond. Mellow sees LaGuardia as the future of U.S. higher education: diverse, flexible and supportive, and balancing reasonable tuition and municipal funding. 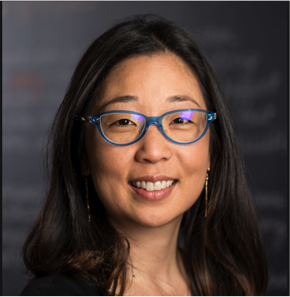 Dr. Weise, a veteran of the Clayton Christensen Institute and the Sandbox Innovation Lab at Southern New Hampshire University, is wrestling with a wicked problem: how to future-proof skills at a time of rapid globalization and automation? The Strada Institute for the Future of Work, which Michelle leads, is focused on everything from the learning needs of the 44 million low-income people in the U.S. with less than a two-year degree, to the workplace readiness of college graduates. “Nothing exists today that resembles the kind of learning ecosystem needed to facilitate seamless movements in and out of learning and work,” says Weise. Not satisfied with learning at conventional universities? Start a new one … or two. Professor Kosslyn, renowned psychologist and neuroscientist, built a career at Harvard University and Stanford University, but then stepped into the unknown. In 2012, Kosslyn became chief academic officer at Minerva, the for-profit, blended learning start-up designed to re-think undergraduate education. Combining small student cohorts, synchronous online learning, and international travel, the institution cuts costs by having no housing, sports teams, or faculty tenure. Today’s 600 Minerva students are enrolled at perhaps the most selective institution in the world (1.2% acceptance rate) for less than $30,000 a year, all in (plus financial aid to support need-blind admission). Stephen Kosslyn is now applying the Minerva model at Foundry College, another new institution, this one aimed at adult learners.

If these four luminaries are not enough, we have pearls of leadership wisdom from Bill Belichick, Head Coach of the New England Patriots, six-time Super Bowl champions, and Mitch Landrieu, the much-lauded former mayor of New Orleans. To see all our speakers, please check the full agenda.

We are also delighted to announce that Michael Goldstein, higher education regulatory guru, is returning to Summit to unpack the newly energized Trump agenda for higher education, unexpected rule-making consensus, and prospects for reauthorization of the Higher Education Act. Michael will be interviewed on stage by The Chronicle of Higher Education’s Goldie Blumenstyk.

Remember, something special about Eduventures Summit is that we limit attendance to 500 people. This is not another giant conference where the agenda is conspicuous by its absence and everyone is lost in breakout sessions. We want attendees and speakers to interact. Summit attendees experience our great speakers together, and there is plenty of opportunity for networking and socializing.

We’ve called this year’s Summit a “Higher Education Masterclass” for a reason. There’s no homework, but like any good college class, Summit is an opportunity to stretch your thinking, engage, and debate.

So, if you haven’t already, register now for Eduventures Summit 2019. The best higher education class of the year is about to begin.