EliWith a few exceptions, there are two key questions keeping community college leaders up at night this summer:

“Where did they go? And, what can we do to bring them back?”

Their experience of the last year is something more ominous than a pandemic-induced enrollment decline; it’s the year-over-year disappearance of 11.3% of learners from public two-year institutions (more than 500,000 people)—worsening a Fall 2020 drop of 10.1%. While the pandemic has exacerbated the problem, it’s essential to understand why it is happening, what can be done, and what implications this has for other segments of our postsecondary system.

This will be a focus of an upcoming session at Eduventures Summit Virtual Research Forum on June 16, 2021, featuring the leadership of Strada Education Network, the co-presenting partner of Summit.

Community colleges have been facing hard times for a decade.

During the same time, adults with only a high school diploma have also had a wider menu of training and credential options to select from. Based on data from the Department of Labor, IPEDS, Coursera, and Course Report, Eduventures has calculated that in 2019 alone, more than 650,000 working adults enrolled in apprenticeships, bootcamps, and corporate training programs. Factor in the sizeable net increase in four-year school enrollment over this period, and the community college decline morphs into a story of new competition as well as a strong economy followed by a pandemic.

Figure 1 shows both the pre-pandemic and precipitous 2020 decline in public two-year enrollment. 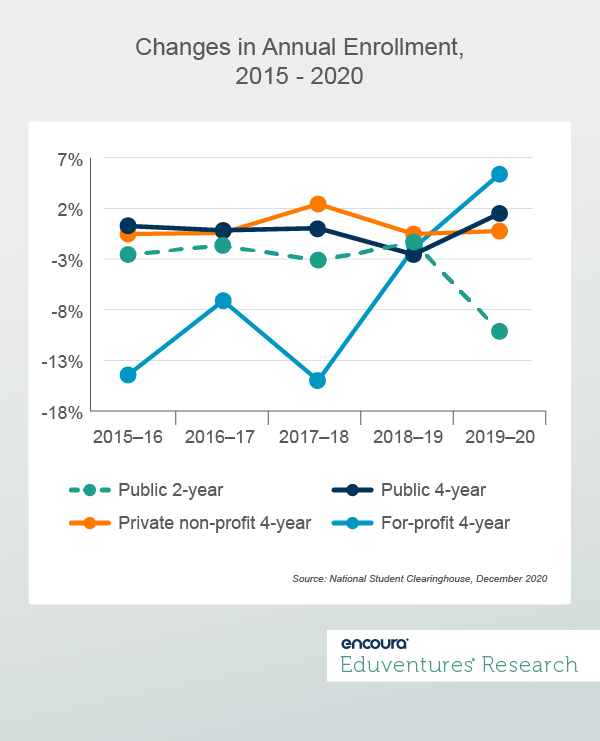 Enrollment at public two-year institutions, often the most affordable option for working adults, had been trending downward well before March 2020. By contrast, four-year enrollment has been stable, and for-profit numbers have rebounded strongly after years of decline.

But the most recent iterations of Eduventures’ Adult Prospect Survey suggests that the precipitous declines in community college enrollment is not due to a lack of interest. In surveys of more than 9,000 adult prospects conducted between July 2019 and October 2020, preferences for undergraduate degrees and certificates held steady, and in some cases, intensified. This was most notable for non-degree, vocational, and technical training.

Figure 2 shows credential preferences for prospects who only had a high school degree or who had attended college but had not graduated. During this relatively short period of time, interest in associate and bachelor’s degrees leveled off—nowhere near the declines that have emerged from actual enrollment trends. At the same time, there’s been a notable increase in interest in technical and vocational training—a trend that perhaps, along with online learning advances at some institutions, helps explain the for-profit school resurgence in Figure 1.

Given these baselines, what might be the formula to convert these levels of interest into actual enrollment?

Strada Education Network’s most recent research, Powering Purpose, is based on data and analysis of working-age adults and identifies a series of interventions, policy reforms, and incentives designed to close the gap between postsecondary interest and enrollment at two- and four-year institutions, as well as non-traditional providers. These insights will shape the core of the Strada session on June 16..

Strada’s Powering Purpose research combines two data sets: a set of national trends identified through its Public Viewpoint surveys collected since March 2020, and county and street-level data sets collected by CollegeAPP, an independent consumer survey of adult learners in six large states. The combination of these data sets has helped Strada, and its affiliate organizations, recognize patterns echoed in the Eduventures Adult Prospect Survey: strong interest among 20,500,000 working adults to enroll in a technical or community college within 24 months offset by the debilitating consequences of the pandemic.

Strada believes that reversing these trends is an economic and moral imperative. The organization contends that it is possible to rethink postsecondary enrollment, credentialing, and employer-partnerships without a whole-sale rebuild of the sub-baccalaureate system. This can apply to the current community college enrollment collapse, while also addressing enrollment challenges at other types of institutions and credential providers.

Strada’s session at Eduventures Summit 2021 will provide the latest evidence and best practices for student-centered interventions. It features the following speakers:

The panel will be moderated by Janet Salm, Managing Director of Strada Education Network.

At Eduventures Summit 2021, we will also explore many of these same themes in a special president’s panel discussion featuring the following leaders:

Registration for Eduventures Summit 2021 Virtual Research Forum is open. We look forward to you joining us on June 16. 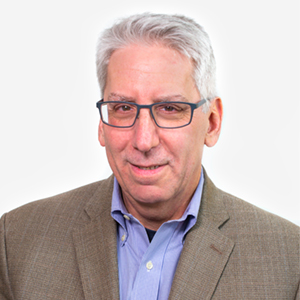 Evaluate the Prosperity of Your Programs to Prioritize Innovation 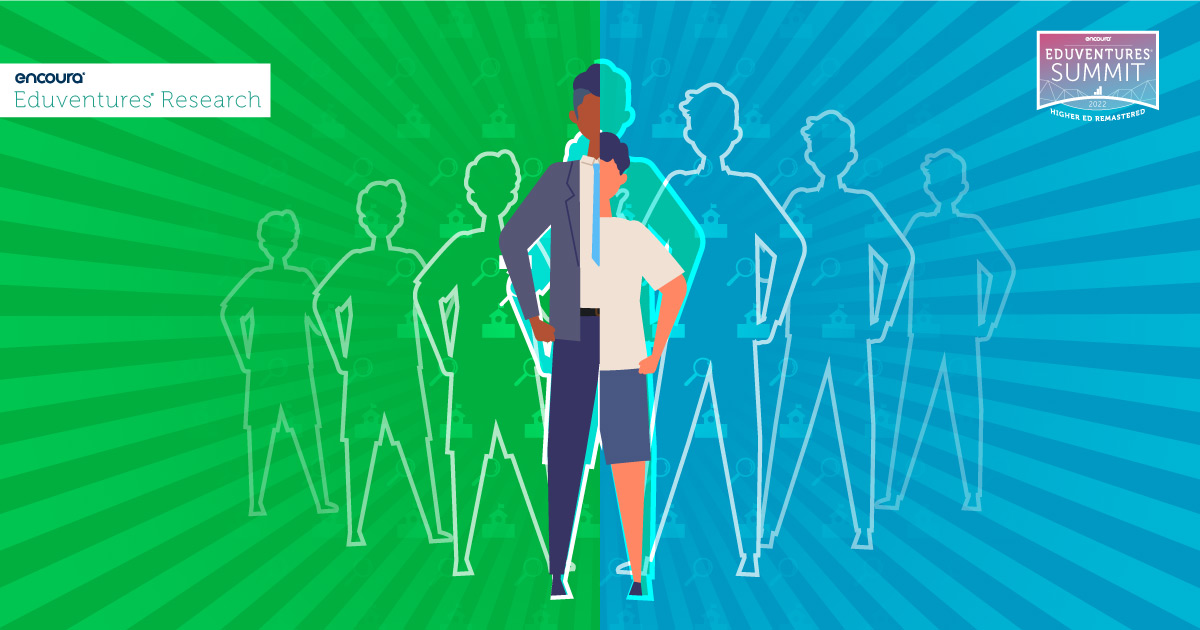